Seat of the oldest university in the western world dated 1088, famous for its towers – Asinelli and Garisenda – celebrated by Dante in his Commedia, rich in culture and social events, Bologna will welcome you with its 38km arcades, testimony of its mercantile past in the Middle Ages, and numerous culinary specialties to be tasted! Piazza Maggiore and the Basilica of San Petronio are the symbol of Bologna, also renowned as an important shopping center, a meeting point for motorway junctions and with one of the most important trade fairs in Italy.

Among the symbols of Bologna are Giambologna’s Fountain of Neptune and medieval towers. Among all, the two towers rise majestically, that of the Asinelli (98 meters) and its “twin” Garisenda (48 meters, mentioned in Dante’s Inferno).

You cannot leave without having visited Palazzo Poggi, seat of the University and some University Museums, or without having admired the seventeenth-century sundial and the splendid chapels of the Basilica of San Petronio; the portico and the organ of Santa Maria dei Servi; the canal from the window of Via Piella and the Manufattura delle Arti.

With its art and history, Bologna surprises travelers in all seasons, from the festive atmosphere of the Bolognese summer to the magical atmosphere of Christmas lights.

Tourist Coach Access: here is the official link http://www.comune.bologna.it/trasporti/servizi/2:3023/4281/ for any detailed information we are available! 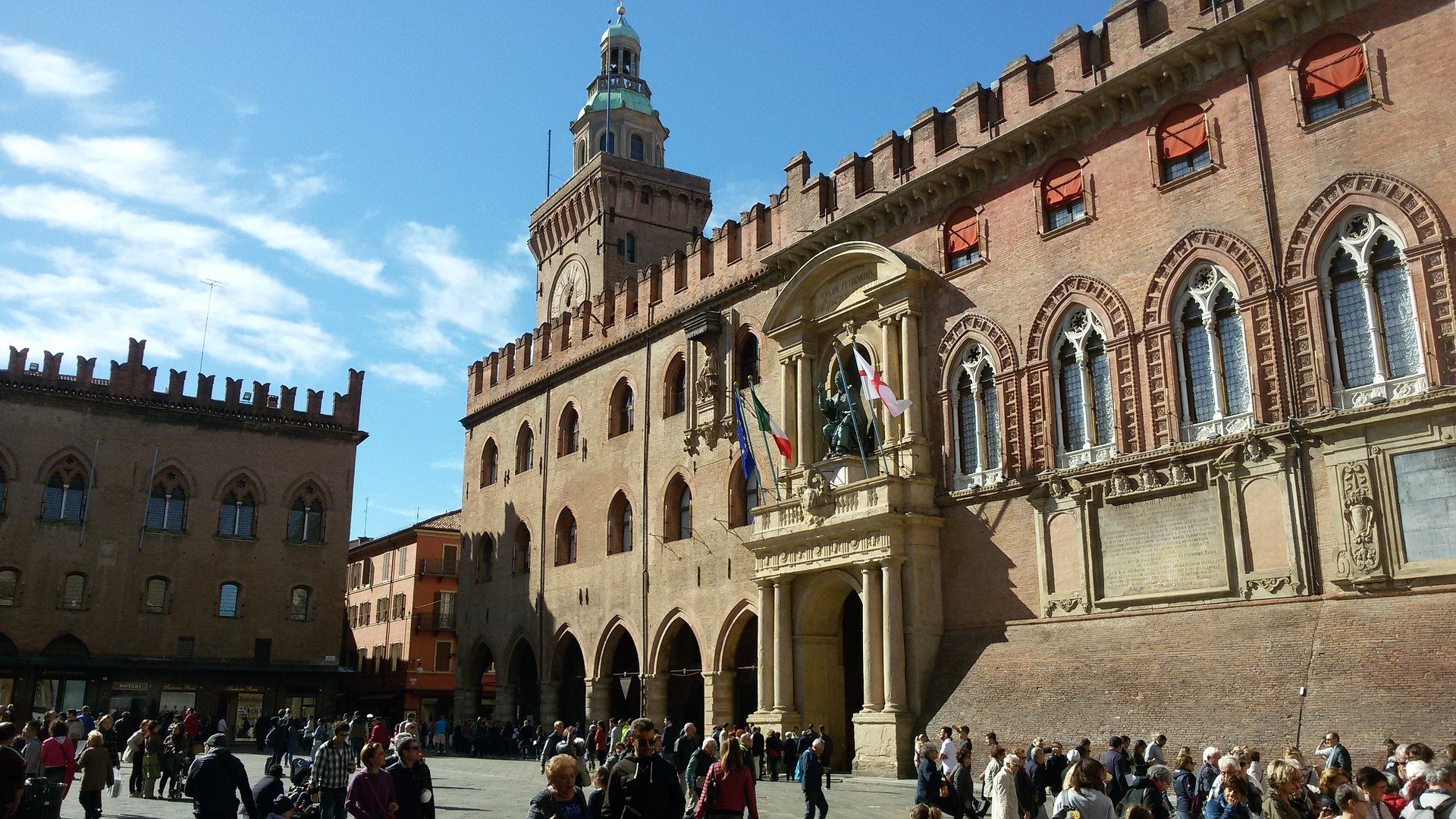