Always a commercial port of strategic importance on the Italian scene, Livorno overlooks the sea and, over the centuries has been the scene of important battles to establish supremacy over its rival Genoa. There are testimonies of the city starting from 1017, when Pisa, in an atmosphere of territorial expansion, installed a small group of its inhabitants in the areas now occupied by the historical center of the city, to face the Genoese competition. Some important monuments of the city date back to the medieval period: the fortifications around the historic center, the Torre del Marzocco, Piazza della Repubblica and, only a little later, the Duomo overlooking Piazza Grande. The surroundings of the city are characterized by splendid villas overlooking the sea and a well-respected spa.

From the town beach you can see a building similar to a lighthouse, called Torre della Meloria: a construction in local stone erected in memory of the bitter battle of 1284 between Genoa and Pisa, which sanctioned the maritime supremacy of Genoa that destroyed the original tower.

At the end of a day spent walking through the streets of the center, enjoy the main dish of Livorno cuisine: a nice steaming caciucco accompanied strictly by a glass of red wine that will make you travel with imagination in the depths of the azure Ligurian sea.

The guides will wait for visitors at the parking area near the Old Fortress, identified as a point of loading / unloading passengers, as the city center is closed to tourist vehicles. More information at the official link: http://www.guidetoscana.com/index_file/comearrivare.htm. 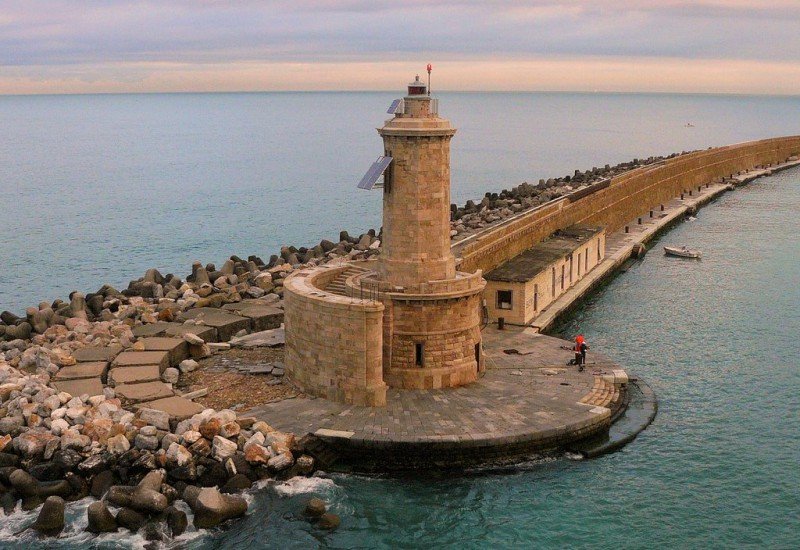