Messina is the “Gate of Sicily” city. With its sickle-shaped port, it has always been a trading city. It is the closest city to the Peninsula, and although there has long been talk of building an underwater tunnel or a bridge, never built, to connect the city to the mainland, overcoming the Strait of Messina, the city is still well connected to the rest of Italy. from a ferry system.

It was founded by the Greeks who gave it the name of “Zancle”, which means “sickle”, linked to the shape of its port. Later the Romans conquered it, then the Byzantines and then the Arabs. Finally the Normans arrived.

The maximum splendor was reached by Messina when, under the dominion of the Swabians, Angevins and Aragonese, it became the capital of the Kingdom of Sicily and above all one of the most flourishing cities in the Mediterranean, thanks above all to its port and its commercial vocation.

Today’s city develops along the entire coast and is almost totally modern, above all due to the violent earthquakes that hit it several times and the bombings that the city suffered during the Second World War.

Two of Caravaggio’s latest works can be admired in the Regional Museum of Messina. The painter landed in Messina on his return from Malta, where he had taken refuge after killing a man with a knife during a fight in Rome in 1606. Here he waited in vain for the papal forgiveness, which he had begged several times.

We have available for you every type of car with driver, minivan, minibus and coach, with drivers available and prepared for any type of itinerary. 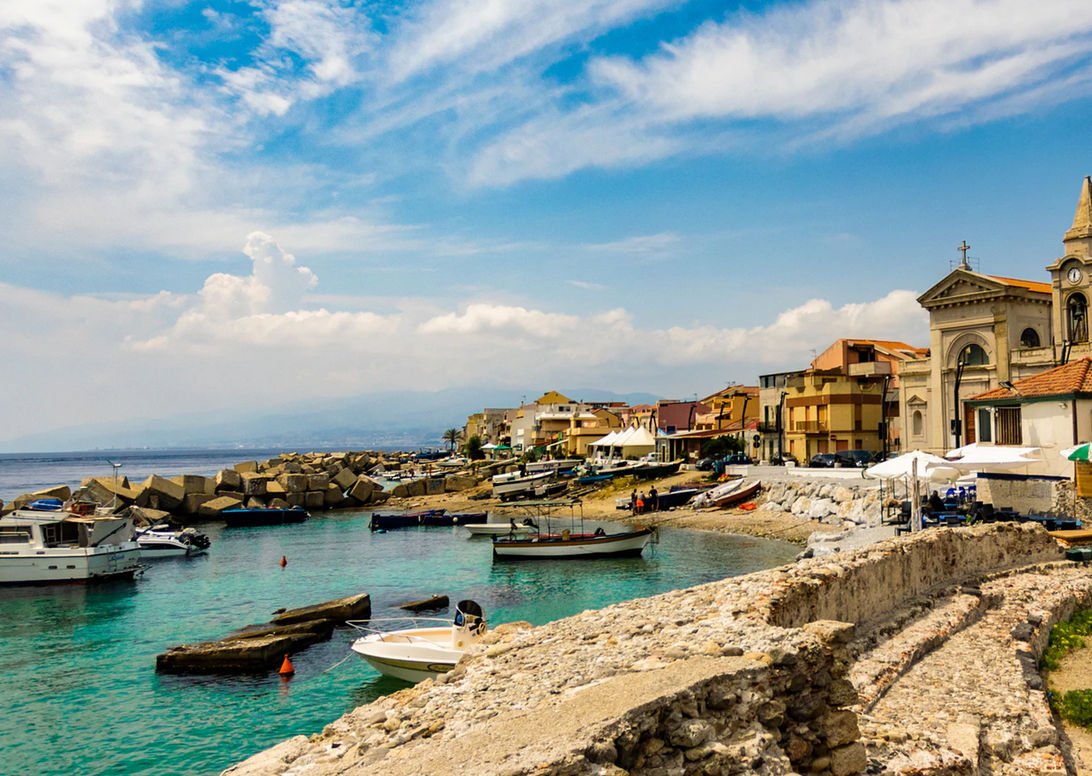